Ruby is a variety of the mineral corundum and is considered as the birthstone of July. It represents the ideal gift for the 15th and the 40th wedding anniversary of a couple since it is a symbol for love, health and wisdom. The name ruby comes from the Latin word ruber which means “red”. Ruby, as it was mentioned above, is a type of corundum, which is colorless when pure and it turns ruby red when chromium is introduced. When larger amounts of titanium and iron are introduced in the mix, the stones are turning into beautiful shades of blue, rendering themselves Sapphires.

Rubies are considered to be the second hardest mineral after diamonds on the Mohs scale since they have a hardness of 9.0(diamonds have a Mohs hardness of 10.0). The more intense the color, the more precious and expensive the ruby while their clarity depends upon the inclusion inside the precious stone. It shall be noted at this point that the inclusions that exist inside a ruby is a sign of its naturalness.

Many countries of Southeast Asia have the most significant concentrations of rubies in the world, with Myanmar, Sri Lanka, Madagascar and Afghanistan having the bulk of the world’s rubies. The United States has also ruby deposits, although low in concentrations. Other states where rubies have been found is North Carolina, Montana, Wyoming and South Carolina. Moreover, ruby, due to its hardness and its ability not to be easily oxidized, is widely used not only in watchmaking, but also in the construction of other precision mechanisms, such as in cases of marine chronometers.
It should also be noted that on 12th May 2005, a ruby ring was sold for approximately $1.267.00 per carat, rendering it the most expensive colored stone that has ever been auctioned. 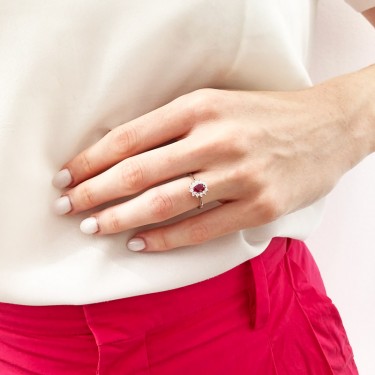 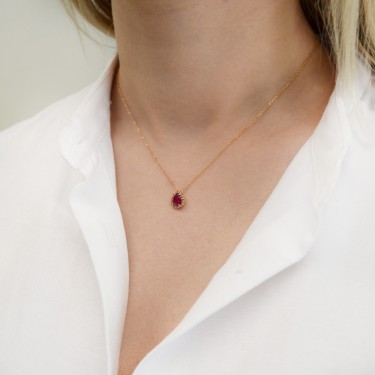 “One day I will find the most perfect ruby in the world for you” were the words of Richard Burton that he used in 1964 by promising to Elizabeth Taylor that he will offer to her a specially admirable and memorable jewel. The search for the most perfect ruby lasted for about 4 years, when finally during Christmas in 1968, Burton gave Taylor a piece of jewel that supplemented her already precious collection of jewels. A ring crafted in 18K gold featuring a central stone ruby of 8.24 carats, surrounded by smaller diamonds.

Apart from Elizabeth Taylor, many ladies of the showbiz and the royal families of the world have worn admirable ruby rings. In 1986, Prince Andrew proposed to Sarah Fergusson, offering her a golden ring with a central ruby that was surrounded by 10 smaller diamonds. The price of this specific ring in 1986 was approximately estimated around $33.000.

Another famous couple that has chosen a ruby ring to bind their marriage was the Beckham couple. More specifically, since their engagement that took place in 1998 until today, David Beckham has given to Victoria Beckham 13 rings. One of those rings is a ruby ring with diamonds; its price is estimated approximately around $800.000.

In Haritidis Jewelry, you will find not only classic but also special ruby jewels and diamonds. Timeless rings, necklaces and earrings that showcase impressive rubies, cross pendants with rubies but also many more easily wearable ruby jewels. Choose the one that best fits your taste and add to your jewel collection an impressive, eye-catching piece of ruby jewelry.

What are Carats?
Tags: Luxurious Jewellery, Solitaire Rings
Previous PostWhat is Sapphire?
Next PostWhat is diamond? 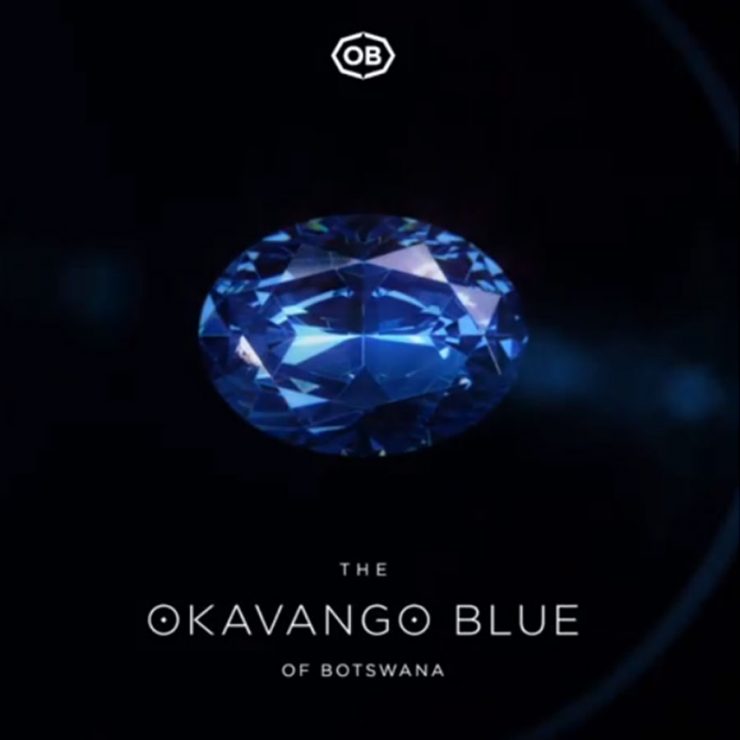 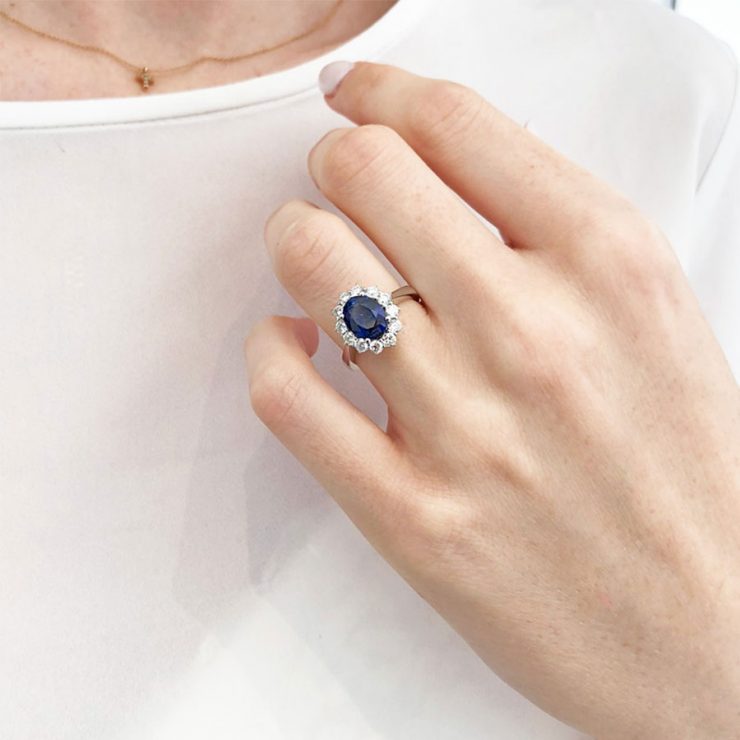